At this time, events are being scheduled but may change without much notice depending on current covid-19 restrictions. Please check with the organizer for any you are interested in to get the most uptodate information. 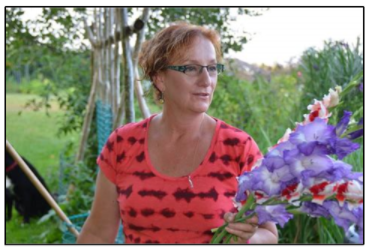 “Preparing Your Garden for Winter” :  As we drift into fall, there is still much work to be done before the onset of winter. Work done now will help contribute to a successful garden come next spring. This talk will outline the many choices to be made about which tasks must be tackled.

Kat Granger is a Guelph-Wellington Master Gardener, a Fergus resident, and a long-standing member of the Fergus & District Horticultural Society.  She studied Horticulture at Dalhousie University, graduating in 2010 and returned to Fergus and established her current business, “Seeds of Imbolc”. Seeds of Imbolc, named after the Gaelic celebration of the beginning of spring, specializes in the growing of organic seeds for heirloom vegetables, as well as growing perennials and offering cut flowers for sale.  She has joined many groups, including Seeds of Diversity, Seed Savers Exchange, and the Ontario Biodynamic Society, contributing to Seeds of Diversity by growing out varieties and returning them to the seed bank.

Post your Society’s or District’s June events that occur during Garden Days here.

Post your meetings and events all year long here.